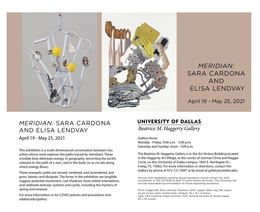 A series of drawings up at Drawer NYC among many gems

Fun to be included in Volume 3 of Marjorie Barrick Museum of Art, "A Drawing A Day Keeps The Pandemic Away" 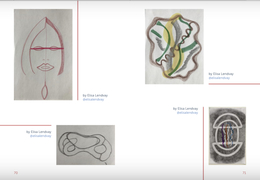 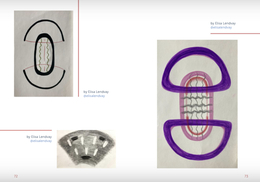 A Drawing A Day Keeps The Pandemic Away


duck or doorknob at Ratio 3

duck or doorknob
An artist-curated exhibition featuring works by
Josh Blackwell, Matt Connors, Rochelle Feinstein, Bill Jenkins, Paul Lee, Elisa Lendvay, Dianna Molzan, Bruno Munari, Davina Semo, Alan Shields & Kishio Suga
September 13 – November 2, 2019
Opening: 6–8PM, Friday, September 13
2831A Mission Street     San Francisco, CA     94110 USA
Ratio 3 is pleased to present duck or doorknob, a group exhibition of new and historical artworks from eleven artists, curated by Ratio 3-represented artist Noam Rappaport. Whether working with paint on canvas, altering and combining found objects, or aggregating intricate materials, the artists whose works comprise this exhibition reconcile, rather than choose, categories.
“I am interested in how these artists explore varying relationships between painting and everyday objects and experience, bringing to light the idea that the incomprehensible is as much a part of everyday life as is, for example, a doorknob. The works in this show blur the edges between that which seems stable or legible and that which is more ethereal like mystery, inspiration, or folly. In these artists' works, the mundane and the extraordinary become interchangeable. A scrap of wood, a folding chair, or a handtowel can be more engaging than the news.”
-Noam Rappaport
Ratio 3 thanks Josh Blackwell (based in Bennington, VT); Matt Connors (b. 1973, Chicago, IL; based in New York) and CANADA, New York; Rochelle Feinstein (based in New York City) and Sperone Westwater; Bill Jenkins (b. 1981, Grass Valley, CA; based in New York); Paul Lee (b. 1974, London, UK; based in New York) and Modern Art; Dianna Molzan (based in Los Angeles) and Kristina Kite Gallery; Andrew Kreps Gallery and the Estate of Bruno Munari (1907–1998, Milan, Italy); Davina Semo (b. 1981, Washington, DC; based in San Francisco) and Jessica Silverman Gallery; Van Doren Waxter and the Estate of Alan Shields (1944–2005, Shelter Island, NY); Elisa Lendvay (b. 1975, Dallas, TX; based in Poughkeepsie, NY); and Kishio Suga (b. 1944, Morioka, Japan) and Blum & Poe for their generosity in contributing to duck or doorknob.