Elisa Lendvay Studio
Elisa Lendvay Studio
Elisa Lendvay, Force of Things
V&A
98 Mott Street, 212-966-5457
East Village / Lower East Side
June 11 - July 17, 2009
The successive suns of summer, The succession of the sun and of its summers, All the suns, The sole, the sol of sols Now become Obstinate and tawny bone, Darkness-before-the-storm Of matter cooled.
- Octavio Paz, Ustica
(I love Octavio Paz, and the poems in "Configurations" in Spanish, and English, and the inbetweeness of language and vacous space that suit the realm of these pieces made, on the ironing board of my Queens apartment, between studio spaces (Lower Manhattan and LIC) and administrative jobs in NYC, while conjuring up spaces beyond urban - of nature, destruction, and urgency for hope and acts of good).

V&A is pleased to present Force of Things – a solo exhibition of sculpture, and drawings by Elisa Lendvay.
The term Force of Things alludes to circumstance and the powers beyond our control that exist in nature and human nature, and matter that surround us. In this exhibition, Lendvay absorbs ideas and the underlying poetics of natural phenomena, and in combination with formal considerations about art-making creates work that is a byproduct of what she terms “colliding forces.” She depicts this force or surge in her work as dispersal – each of the works seems to come together and break apart simultaneously. Studio detritus and found objects are cohered into art objects based on their formal attributes and their allegorical imperatives. Many pieces reference two-fold natures, like a shadow or an echo, and propose relationships such as fragmentation and unity, fragility and support. Included are pieces from the broken body of a yellow cab, flattened and disfigured metal, parts of pavement, bamboo sticks, umbrella spines and green hanging folders usually found in corporate offices. Like a chemical or atomic reaction Lendvay intuitively adjusts the tactile and literal qualities of her materials and influences attempting to make sculpture and drawings that that probe the nature of reality.
Each of the works here are a combination of raw elements often hinged together with string, paper mâché or soft metals revealing a sort of temporariness as if the pieces were continuing to transform, and sometimes suggesting a longing to transcend their current state. A sculpture titled Caperay is a piece of an aluminum baking pan caked in what appears to be soot and tar. Gently twisted and pinched around three yellow, pink and grey sticks the standing pieces are adhered to a scrap of wood. The aluminum seems to float away from its joists in what seems to be a gesture of desire, or as Lendvay states, “a canopy of stars,” that is only kept in place by an accidental gravity. A sort of drawing, Green and Fold is half of a green hanging folder with random black painting marks. On top of it is a scrap of folded envelope and umbrella spines fastened down with bits of dark paper and red thread. Faded, and seeming to dissolve in spite of its considered construction, Green and Fold, like Caperay, seems to reflect on its own state while waiting for the forces of entropy to take hold.
Elisa Lendvay has lived in New York City since 2003. A BFA graduate of Bennington College and the University of Texas at Austin, she received her MFA in sculpture at the Milton Avery Graduate School of the Arts at Bard College in 2006. She has exhibited in group shows and project spaces in New York, and throughout the United States. She exhibited a solo project, “Fabled Agents,” at Moti Hasson gallery in New York in 2007. Lendvay was born in Dallas in 1975, and is part of growing group of artists in NY with Texas history and New England and New York training. This is her second solo exhibition in New York.
Force of Things 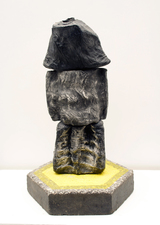 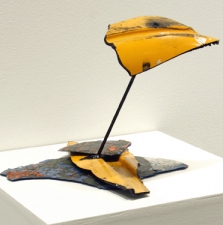 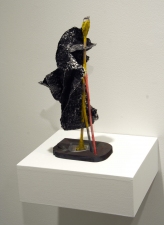 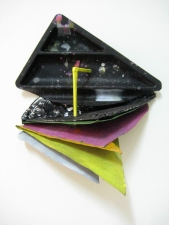 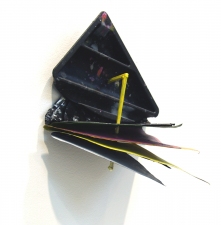 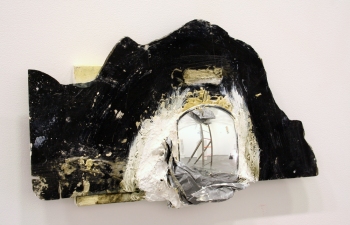 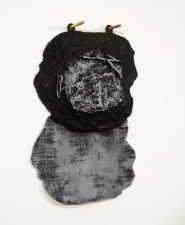 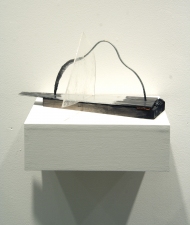 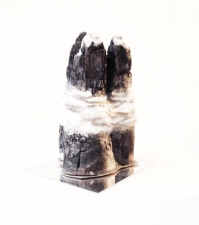 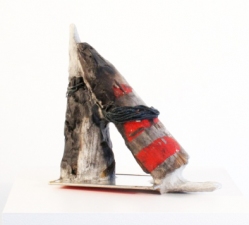 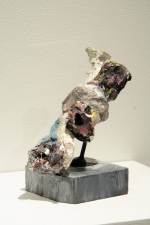 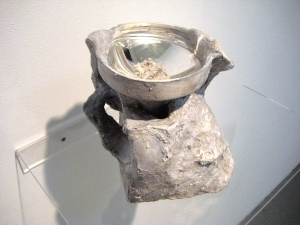 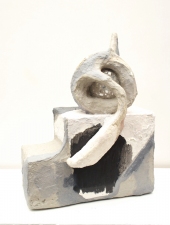 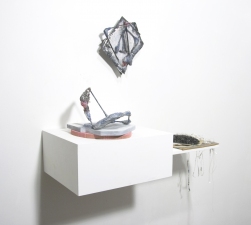